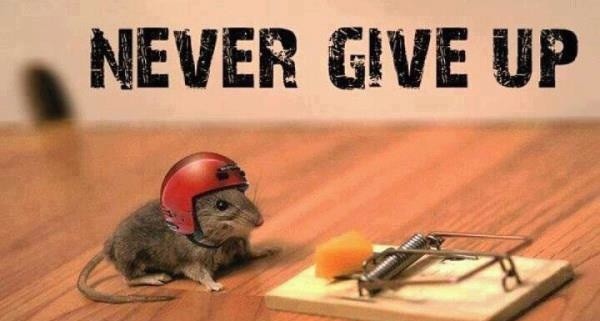 I’ve been reading lots of people’s Facebook statuses and having conversations with friends and colleagues about this topic quite a bit lately.  A huge number of us experience prolonged periods of self-doubt and anxiety when it comes to facing the advancement of our careers.  It usually creeps up when we’re about to go for an audition, or a performance, or even just updating our CVs and websites.

The very thought that you might stick your head above the parapet and be judged by a panel of experts – or an audience of Auntie Jean and Uncle Ken – can send the mind into a flurry of confusion, often resulting in sweaty palms, palpitations, and all manner of other anxiety-related symptoms.

It’s a fear that almost never goes away – I’ve spoken to dozens of singers at various stages in their careers, from those still in college to those with more than twenty years’ experience, and it’s same everywhere.  So, what causes it?

At this point I should say that I don’t have the answer – if I did I’d be a very wealthy person and wouldn’t have time to dedicate to my own anxieties, but I have a few thoughts, based on my own experiences and upbringing.

As a teenager, I wouldn’t say that I was lonely, but I was rather solitary in school – I didn’t have many friends, and spent a great deal of time hiding away in the music department.  While the other girls were learning how to kiss and put on make-up, I was playing various different instruments in brass bands, wind bands and orchestras.  I wasn’t very good at interacting with my peers at school because I had no idea who A-ha were, had no interest in Scott and Charlene’s relationship and was never going to be picked for any sports team.

Such was my lack of confidence in my abilities outside of music that I didn’t even want to TRY to fit in, for fear of being laughed at and rejected.  It’s safe to say that school was not a highlight of my life – I left with a small handful of GCSEs and a couple of A-levels, but I had no idea what I wanted to do.  I knew it would be music-related, but I wasn’t really prepared to work terribly hard, because I “knew” I would only be turned down.

It became a self-fulfilling prophecy.  Some ten years later and after countless “Thanks but no thanks” letters from music colleges, job interviews and opera companies, it’s no wonder my confidence was shot.  Added to which, in 2002, I underwent surgery on an eye which had been badly damaged in a childhood accident.  I had to wear an eye-patch for several months – the resulting self-consciousness made it even more difficult for me to find the courage to try for a stage career.  Eventually however, I found the balls to audition for a place at the Guildhall School of Music and Drama; after a year of which I spent a few years getting chorus work with Glyndebourne, English Touring Opera and Welsh National Opera.  These years were still difficult for me though because, much as I loved the music I was singing and the colleagues I was singing with, I really wanted to be up at the front of the stage.  But I still lacked the confidence to take it further – more than that, I had this overwhelming fear that “people” might think I was ridiculous to think that I might be good enough to try.  But this was all in my head – nobody had ACTUALLY said anything like that to me, it was my own paranoia.

A crucial turning point for me was in the middle of 2007 when I was singing as an extra chorus member with WNO: that’s when I first heard about Dennis O’Neill’s vocal academy in Cardiff (then the Cardiff International Academy of Voice, now the Wales International Academy of Voice).  I applied and was granted an audition, but, on the day of the audition, I began to doubt myself again.  I’d tried to warm up at home before going, but the warm-up had been really bad.  My confidence was long-gone and I thought to myself, “What the hell are you doing?  Who do you think you are?  You really think you can maintain a solo career?  What experience do you have?  NONE!  You’re ridiculous!”

I was about to pick up the phone to call CIAV to say I wasn’t coming.  But then a thought struck me – if I didn’t go to the audition, then the answer would be a DEFINITE “no”.  If I went, then it would only PROBABLY be a “no”.  I figured, what the hell, and went.

Dennis heard me, and offered me a place on the spot.  Who knew?!

Following an amazing year of discovery (both vocally and personally, as well as in terms of repertoire) I found the confidence to audition for the Jette Parker Young Artists Programme at Covent Garden.  Again though, the same old doubts crept in, the awful feelings of “What if they all just laugh at me?  Am I really up to this?  I’m still terribly inexperienced on stage.” were almost overwhelming – just as overwhelming, in fact, as the auditions themselves.  You can certainly imagine my joy and elation when I was accepted to the Programme!

Still the problems of confidence and doubt didn’t solve themselves.  In fact, they just got worse and worse – now the stakes were even higher, and I had much further to fall.  There were so many incredible artists, many with much more stage experience than me who HADN’T been accepted, so I knew I really had to prove myself.

One of the greatest things about being on the Programme though is the fact they offer you regular sessions with a therapist.  While this has until recently been thought of as a taboo subject, it isn’t any longer, and so I’m happy to talk about the virtues of therapy.  After two years on the Programme and many wonderful, as well as not-so-wonderful experiences, I felt that, at last, I was a confident woman on the verge of an international career, ready to tackle the world at large.  Which was just as well, as only two months after finishing the JPYAP I found myself in Chile, singing the title role in Aida!

Since then, I’ve tackled some great roles, Ariadne, Lucrezia Borgia, Elisabeth in Tannhäuser, and I’m currently now back at Covent Garden singing some lovely, juicy roles in the Ring Cycle!

Of course, I still get those moments of utter fear and panic – I still get freaked out whenever Tony Pappano’s in the room.  But you know what is the most comforting thing?  EVERYONE ELSE IS GOING THROUGH THE SAME THING!

It’s great to have the ability, finally, to admit these fears to my colleagues – it brings us closer together as friends, and it make us treat one another with a greater level of respect.

I’m chuckling to myself as I read this back, as it reminds me of a quote I once saw while trawling through Google for some inspiration.  It went something along the lines of this:

“Turn up, work hard, take what gets thrown at you.  In years to come, you’ll look back and it’ll all seem like a strategy.”

Touring with the Monteverdi Choir