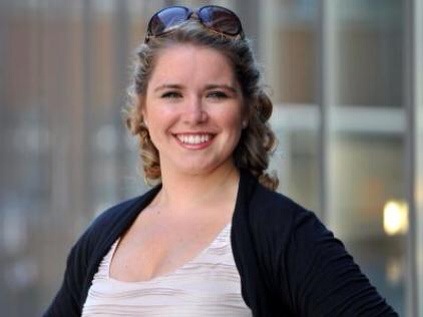 When Irish mezzo Tara Erraught was hauled unceremoniously over the coals by critics for her physicality while performing the role of Octavian at Glyndebourne’s production of Der Rosenkavalier, it baffled and angered hundreds of opera singers and fans. What on earth does your body size have to do with how well you can sing?

As a teenager, I, along with countless dozens of others, memorised the words to all the New Kids on the Block’s singles, and yes, I desired (but never got) a device for making my hair look like crinkle-cut chips (I would borrow my friends’). But I soon began to observe a phenomenon among my female classmates: they were becoming obsessed with how they looked. They would huddle in groups and read the fashion mags and long to look like Kylie, Demi and Nicole, and they’d go to great culinary and chemical lengths to try to achieve a similar level of whatever it was. Their levels of self-esteem seemed to correspond with their ability to look like someone else.

I thought it was all rather odd; these girls were making themselves miserable because they lacked the resources, both financial and genetic, to make themselves look like their idols. It dawned on me that, along with the advice my parents would give when being bullied for being ginger, if you ignore it, it might just go away.

So I ignored it, and went off to choir practice.

But it didn’t go away.

Over twenty years later, and I’m saddened to see articles that STILL try to tell us women how we should look in order to be attractive. Magazines that STILL reveal the “circle of shame” of some celebrity’s cellulite (heaven forfend); the comedian Sarah Millican having abuse thrown at her for recently wearing a dress to the BAFTAs that she liked and felt good in, and countless other citations. Who ARE these people? Does it make them feel better about themselves to hurl abusive comments around?

I’m fat. I’m 5’8″ and a size 18. I’m not expected to fit in society’s version of what hot. I sometimes wear cut-off leggings under a summer dress because my thighs rub when I walk. I sweat when the temperature goes above 21 degrees. But wait. What’s this? I’m voluptuous. I’m womanly. I AM hot. My boyfriend can’t get enough of me.

More importantly, I work in an industry that celebrates the most natural thing a person can possess: the human voice. The voice, whether it’s in pop, rock, jazz or opera, can enhance and transcend the five senses we use to observe the world around us. It transforms, heals, comforts and uplifts us far beyond the ability to squeeze into a dress better suited to a slightly tall child.

There are more than enough industries set up around the world to make women feel bad about themselves. We don’t need it in the classical music world too, thank you very much.

So, critics, if you really MUST criticise us (and goodness knows why you should even do that in the first place), then please take the time to learn what it takes to hone our craft. Understand that the training we do is sadly not on offer at Virgin Active. If it’s the case that you simply don’t like the sound we make, just say you don’t like the sound we make. That’s entirely valid. But don’t make sexist and puerile remarks about our figures; at best, it’s childish, and at worst (for you), it dilutes the currency of everything else you have to say.