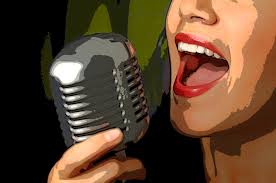 It’s eighteen months since I left the ROH’s Jette Parker Young Artists Programme, and the learning curve that started back in 2009 is certainly still, well, curving.  With each new production I’m involved in, new lessons are learned and new observations made.  I suppose the biggest thing I’ve learned, which can ONLY be learned “on the job”, is how to preserve the voice during gruelling rehearsal periods, sometimes in less-than-ideal climates.

Having come somewhat later to this profession than some of my colleagues, I missed out on opportunities to learn these vital lessons in college – I hadn’t embarked on an opera course until I came to the JPYAP in 2009, and so making the transition from chain-smoking, beer-swilling chorister to fledgling international artist meant some radical changes in life-style had to be made (I quit smoking in 2004 – still working on the beer thing).

My first role after leaving the Programme was the title role in Aïda at the Teatro Municipal de Santiago de Chile – the excited echoes of “Baptism by Fire” still resound in my ears.  Being in the “second” cast, my schedule was less demanding than some of my “first” cast colleagues, and so I was able to pace myself quite comfortably during the rehearsal process.  I only had three performances in this role but, given that they were over just five days, I knew I had to be careful not to celebrate too much after my opening night – while an ice-cold cerveza might be exactly what you think you need after an international debut, your throat, and your Intendant, won’t necessarily respect you in the morning.

What I hadn’t experienced much during my time at ROH was the dehydrating effect of adrenalin on the vocal cords.  Added to which, Santiago is well-known for being one of the most polluted cities in the world, so with these factors working against me, plus my relative inexperience, I certainly felt the pressure on my two subsequent performances.

I discovered a similar dehydration problem when I arrived, the day after my final Santiago performance, in Chicago, where I was to cover the title role in Ariadne auf Naxos and sing Erste Dame in Die Zauberflöte.  These two roles, even when combined, aren’t as vocally demanding as Aïda, but still a great deal of care has to be taken when you’re singing in a dryer atmosphere than you’re accustomed to.

Lesson 1: hydration, hydration, hydration.  Use a humidifier and/or a nebuliser wherever you go.  Go to www.humidiflyer.com  and http://evergreen-nebulizers.co.uk/omron/microairu22.html?gclid=CPCu06SPjLUCFeTMtAodmF8ASg to check out a couple of fantastic travel accessories. A bottle of water must become your best friend.  And don’t worry about the weird looks you’ll get from your fellow passengers – you’ve been getting those since school.  Isn’t that why you do this job?

Use well the interval

Several weeks after returning to Blighty, and after some very relaxing down-time, I set about organizing my personal schedule for the next few months.  It was going to be an easy-ish time for me: it was now March 2012, and I had a return trip to Santiago planned for my debut in the role of Tannhäuser’s Elisabeth in the July/August.  I knew that, upon my return I would be straight into rehearsals for ROH’s Der Ring des Nibelung, where I was singing a Valkyrie, a Norn, and covering Sieglinde, so I knew I needed to have those roles under my belt by the time I left for Santiago in July.  But it was fine, I thought, it’s March.  Four months.  PLENTY of time.

Then the phone rang.  Santiago calling.  They’d just lost their Lucrezia Borgia to a back injury and could I come to sing the role?  Rehearsals start in seven weeks.

Suddenly my diary transmogrified from a calm sea of tranquility to “Houston, we have a problem”.  Seven weeks till Lucrezia begins, six weeks on production in Santiago, two weeks return to England before a quick turn around back to Santiago for Tannhäuser and then the ROH Ring.  Seven weeks to learn three large roles and two small ones.

Lesson 2: There’s no such thing as “down time”.  Of course, give yourself adequate time to recover from jet-lag, etc, but get straight back into learning your next role.  And the one after that.  (If you don’t have a “next role” in the diary, how awesome – you get to pick your dream role and learn THAT!  www.imslp.com is an invaluable resource for finding scores on the go and, if you have an iPad, I recommend you download ForScore, so you can store, and mark up, your scores.)  You just never know when your free time can be snatched away from you.  (Of course, you can choose not to accept the jump-ins, but if you’re an adrenalin junkie like me, that’s not really an option.)

So, with all of that out of the way, I entered the second year of my career.  It was now August 2012, and I felt like I was returning home triumphant, with four new roles under my belt, a few thousand air-miles collected and some valuable lessons learned.  Time to get my teeth into some serious Wagner.  And what a luxury: here I am, singing on stage with some of my all-time heroes: Tony Pappano, Bryn Terfel, Sir John Tomlinson, Susan Bullock, Sarah Connolly, Eva Maria Westbroek, Simon O’Neill, Keith Warner, and so many others too many to mention.  Suddenly I felt like I was back on the JPYAP – I get to study these stage giants, see how they interact with one another, how they use their bodies and their vocal techniques to express themselves.  I also learned a great deal from being a Valkyrie; being one of several sisters, running about with horse-skulls, Hojotohoing like there’s no tomorrow, it almost felt like I was back in chorus with the camaraderie and the private jokes.  What I really loved here was the chance to really get to know my peers – people say there’s so much rivalry and competition among singers, and you might think this would certainly be the case among eight women setting out on similar journeys.  But I found this very much NOT to be the case.  We swapped stories of our lives, learned about ourselves and our worries and, best of all, we became a support system for one another.  As Keith Warner said to me one day in the canteen, “The best thing about doing a Ring Cycle is how everyone comes together and becomes a family – you don’t get that in any other opera as much as you do with The Ring.”

Lesson 3: You never stop learning.  Take notes from your colleagues – ALL of them.  Find out what their warm-up techniques are.  Ask them how THEY cope with the stresses of the job, and how they look after their voices.  Almost all singers LOVE to talk about this stuff.  Read Joyce DiDonato’s blog: http://www.joycedidonato.com/blog-archive/

And so, on to The Minotaur.  Oh, The Minotaur.  Ker: the shortest role of my career, and possibly the most challenging one. The role of the Ker is a very violent and physical one (likened by my colleagues to “Turandot condensed.  With PMT.  And on uppers”) … The tears, the swearwords, the voice-shredding coaching sessions that went into learning that role.  Oh yes, THIS one goes to 11.

In my first scene I have to throw myself against a couple of walls, leaping about wildly with a giant wing attached to my left arm (being very careful not to smash it into the faces of the sleeping Christine Rice and Sir John Tomlinson – apparently, that’s not allowed), before tugging fiercely at the arm of the First Innocent (the marvellous JPYA Susana Gaspar), sprawled on the floor post-rape, whose heart I’m about to rip out and devour.  All of this while trying to remember all the nuances of Sir Harrison Birtwistle’s complex score, and the notes he’d given me the night before (“Don’t forget, those semi-quaver triplets are supposed to be staccato, you know, like they do in all that bel canto repertoire.” “What, in the bit where I’m shaking Susana to pieces?  Ok, Harry, I’ll do my best.”).

I had decided in the very early stages of the rehearsals that the only way I was going to get through the next few weeks without losing my voice (and marbles) was to mark very gently while I learned the staging.  After the first couple of run-throughs, once I’d got a decent grip on the blocking, I thought I’d sing out, just once, at full volume, with the intention of returning to marking for the rest of the rehearsal period.  But I quickly discovered that the energy required to sing this role had quite an impact on the physicality I had brought to the role – I found myself terribly out of breath and pouring with sweat from the effort.  I realised that, by marking, I had been compromising too much, and so I knew I would have to sing full out for the rest of the rehearsal period, in order for my body to recalibrate to the demands of the role.

Singing a role like this requires special attention.  You have to be able to deliver these immensely complex musical rhythms and intervals, often leaping up 7ths and down 10ths, with the same accuracy and care as you would when singing Era Desso or Ritorna Vincitor.  You can’t simply scream a high C and then slam a middle E in full, growly chest voice (that’s what you might want the audience to think you’ve done, but if you ACTUALLY do that, you may as well have smoked 40 B&H). You have to figure out what your body is physically capable of doing while giving your vocal mechanism the space and care it needs to do its thing.

My approach here was to do exactly the same sort of warm-ups as I would for any other role; start quietly in the middle of the voice, and very slowly and with as much legato as possible, warm up either sides of the middle, until the whole range is warmed up.  Since I’m lucky enough to have a strong top to my voice, I pay more attention to the middle and lower registers during warm-ups.  Then, calmly, I hum (or, to be more specific, I “ng”) through my whole role, at pitch, sliding carefully between each interval.  This helps me to connect the different registers of the voice so that I can sing the role as a flowing piece of music, rather than what might seem like a hailstorm of complicated intervals.

And in between rehearsals and performances?  Lots of water, lots of sleep, and no booze.  Ok.  A little booze.  A girl’s gotta live.

Lesson 4: Learn what your physical and emotional limits are – by going right up to and beyond those limits, and then dialling back.  That can only come with preparation, practice, and experience.  And warm up properly.

That’s it for now – I’m off to drink a glass of water, learn an aria, read Joyce’s latest blog, and figure out how to sing Gloriana, upside-down, in a corset.