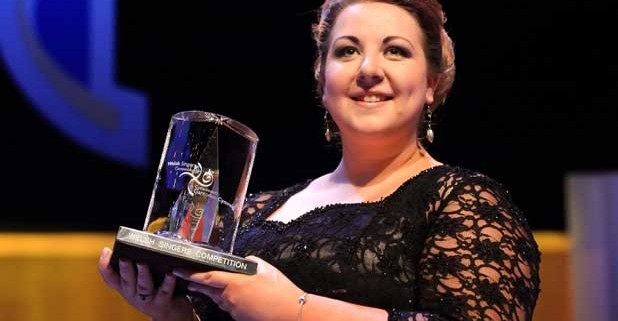 Apparently there’s some debate going on about fat people in opera.

I woke up this morning to an email from BBC Radio Wales, inviting me to come on the show to offer my opinion about a comment apparently made on Facebook by the son of a well-known opera singer.  It seemed he had made a disparaging comment about the physique of the Welsh entrant to the Cardiff Singer of the World competition.  I declined to appear on the show, as I feel it’s not something that can be coherently brought to any kind of conclusion in a 20-minute debate.

I tuned into the programme to listen to what was said and, predictably enough, the author of the comment was severely criticised for offering his opinion.  Regardless of what I actually think of his remarks, I am fully aware that, since in the invention of the interwebz we, the general public, have finally found a platform for us to voice our opinions.  Hurrah for freedom of speech!  It means that anyone, anywhere, can think up a pithy little quote, or make a snap judgement about anything or anyone, and – Boom! – it’s on the internet, waiting for someone to click away from the latest cat video and get all offended by it.

And, I guess, we have a right to be offended, and a right to comment back.  I don’t think we should necessarily call him names back in a bid to see how he likes it (there’s been a lot of sweary name-calling on social media today), I don’t think there’s any headway to be made there.

We’ve become a culture of judges and demonisers (and look!  Here I am, doing the same thing!): everyone is discriminated against in some way or other.  The overwhelming likelihood is that people are unconsciously transferring their unresolved issues with themselves onto others, in the same way that men often transfer their unresolved sexual issues onto homosexuals so they can be angry at them instead of themselves.  This goes for people on both sides of the argument.

It’s unlikely ever to change, it’s what the internet has become: a meeting place for bigots and non-bigots alike, a place where men and Katie Hopkins can spout something outrageous in order to feed their self-loathing in the quickest way possible.  There’s no way of stopping it.  We fight for freedom of speech and then vilify those who exercise such a right.  It’s an endless tension and, at the end of it, we want to find out who’s responsible for our blame culture.

All I can suggest is: if you don’t like them, don’t feed them.  I remember writing about this time last year during the last “fat female singer débâcle”: I haven’t bought a magazine since about 1987 when I finally got over my crush on Joey from New Kids.  The articles in them are designed to vilify women for being a millimetre over a size zero, and making them feel so insecure that they buy yet MORE magazines to try and find the answers.  To me, magazines like that are like an abusive husband, insisting that his wife just needs one more punch in the face to help her realise what she’s doing “wrong”.  It’s bloody appalling, but we won’t be able to change the system until we stop buying into the thing that’s punching us all the face.

So can we please stop giving air-time to the bullies?  Don’t like it?  Don’t support it.

Oh, and good luck in the Cardiff Singer, all you brilliant, brave people.

The art of auditioning